Iceland seems to be a very popular destination for vacations these days. It’s all the rage and it’s not hard to see why. What a gorgeous and interesting place!

Sailboats are moored next to Harpa, a concert hall and conference centre in Reykjavík, Iceland. The opening concert was held on May 4, 2011. The building features a distinctive colored glass facade inspired by the basalt landscape of Iceland and features stunning views of the surrounding mountains and the North Atlantic Ocean. 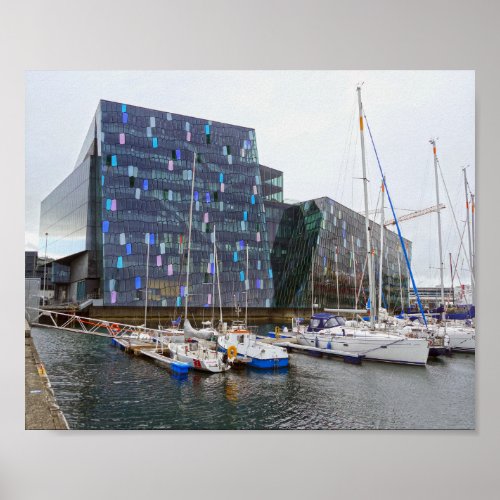 The late afternoon sun illuminates the Husavik Lutheran Church in Iceland. A landmark in Husavik, the church looks out across the harbor, welcoming the fishermen home. 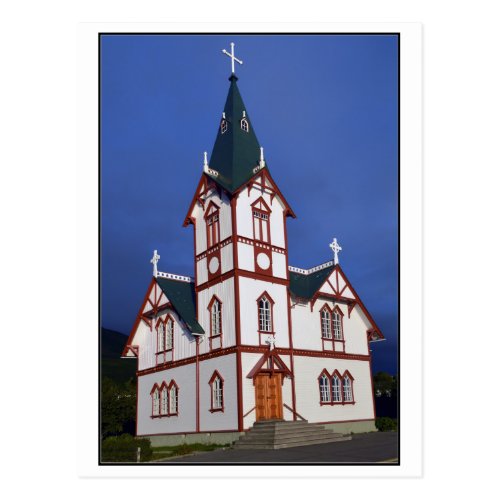 The Sun Voyager (Icelandic: Sólfar) is a sculpture by Jón Gunnar Árnason, located next to the Sæbraut road at the sea side in Reykjavik, Iceland. Sun Voyager is described as a dreamboat, or an ode to the sun. It was erected in 1990, a year after the artist’s death.

Although many have thought that the sculpture looked like a Viking ship, the artist said he intended it to convey the promise of undiscovered territory, a dream of hope, progress and freedom.

The work is constructed of stainless steel and stands on a circle of granite slabs surrounded by so-called “town-hall concrete.” 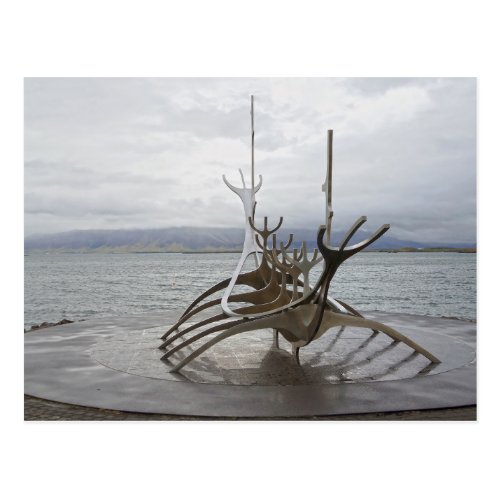 Tourists enjoy Fossarrett Waterfall in southwestern Iceland and visit the stone wall remnants of a settlement.

There are around 10,000 waterfalls in Iceland. Iceland’s climate and location is especially suited to waterfalls with frequent rain and snow, combined with the multitude of glaciers that melt in summer. 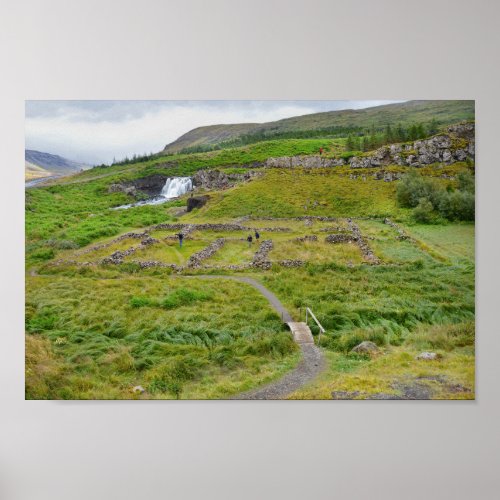 Crosses mark graves in the cemetery of the Þingvellir (Thingvellir) Church in Þingvellir (Thingvellir) National Park, Iceland. Beyond is the Oxara River (Axe River) and a long ridge of rock, part of the crest of the Mid-Atlantic Ridge and the boundary between the North American tectonic plate and the Eurasian. Þingvellir is a site of historical, cultural, and geological significance, and is one of the most popular tourist destinations in Iceland, about 40 km northeast of Iceland’s capital, Reykjavík. 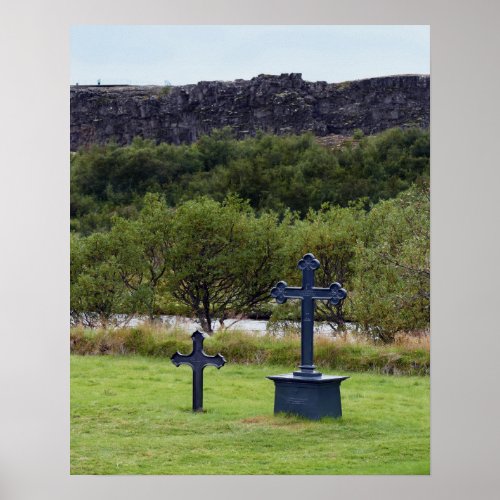