A giant shuttlecock sculpture glows royal blue in honor or the Kansas City baseball team, which won in November 2015 its first national championship since 1985. This sculpture stands in front of the Nelson-Atkins Museum of Art in Kansas City, Missouri, which is also bathed in blue light. 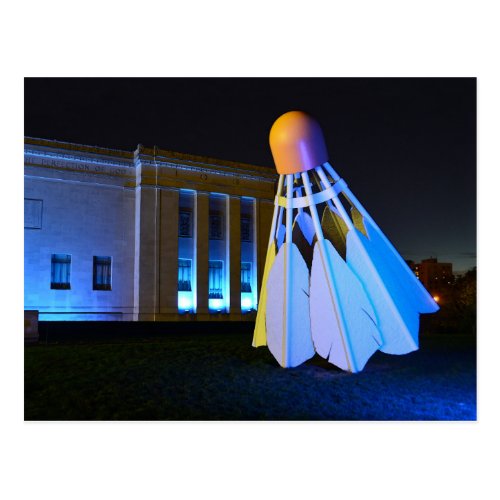 Many fountains in Kansas City, Missouri, were blue in honor of the city’s baseball winning season, including the city’s most famous fountain, the J.C. Nichols Memorial Fountain on the Country Club Plaza. Kansas City has more fountains than any city in the world except Rome, Italy, and is officially known as the City of Fountains. 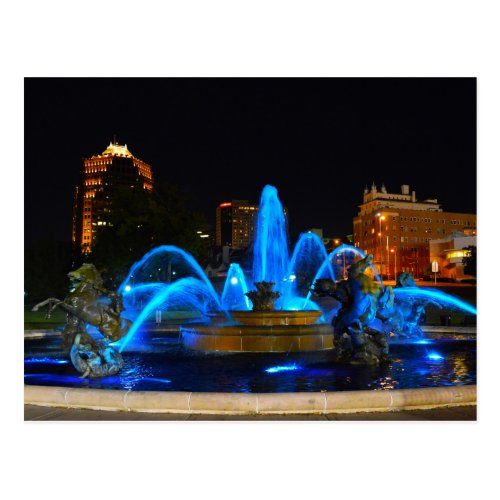 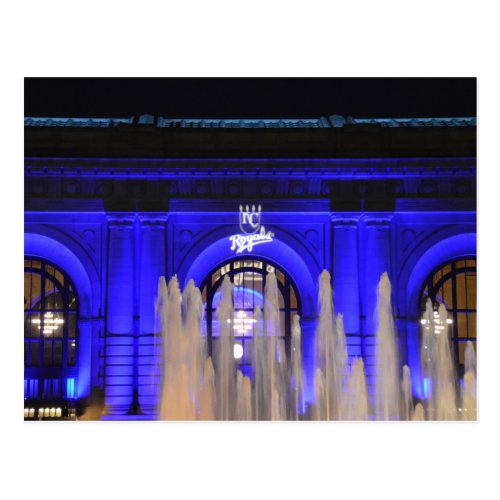 Blue Light illuminates the Nelson-Atkins Museum of Art in Kansas City. The original neoclassical museum building, opened in 1933, is on the right. The Bloch Building addition, to the left, opened in 2007. Both buildings are reflected in a pool in front. 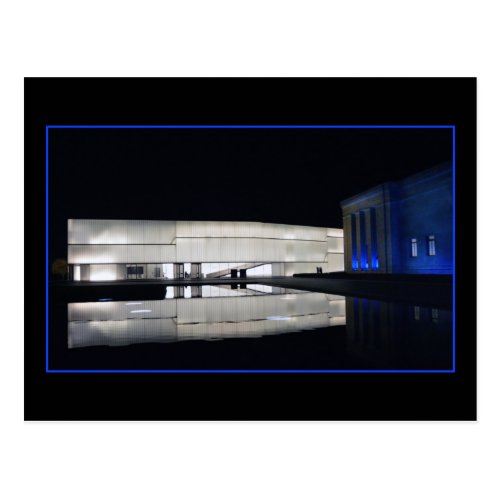 One of the most popular fountains in Kansas City, Missouri, is the Meyer Circle Sea Horse Fountain on Ward Parkway. The fountain was purchased in Venice, Italy in the early 1920’s and named for the three mythological sea horses perched atop the stone pyramid.